Stay with us. Live conscious.

Join us and get your 10% discount! 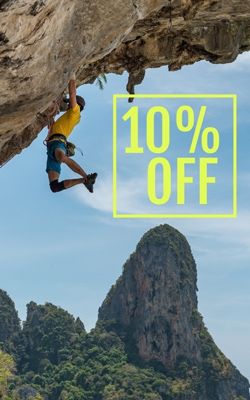 The store will not work correctly in the case when cookies are disabled.
Menu
Settings
Language
en

At the Fair Cottage’s recent clean up of the pragmatically named Regenwassersammelbecken (Rainwater Collection Basin) in Berlin’s district of Kreuzberg, we found all kinds of debris – especially plastic. There was just about every type of plastic you can imagine, both household and industrial, mixed up amongst the mud and reeds.

I first ventured into this obscured oasis a week before our clean up operation began, after hearing about it from a buddy of mine. The basin is in fact a manmade structure, but it was immediately apparent that nature flourishes throughout. Instantly, I understood why my friend had recommended that I visit the open-to-all, conceptual Floating University and why its founders had decided to build a campus for knowledge exchange and artistic exploration in such a beautiful location.


We got there late, my girlfriend and I, just catching the end of a talk about how different artists perceive the Floating University as the sun nestled gently behind the variety of trees that hugged the elliptical basin’s periphery. We used the day’s remaining light to explore the space. Firstly, inspecting the fascinating natural water filtration system, consisting of various interconnected plant, biofilm, fungi and sand containing bath tubs rigged together in scaffold-girded towers, before donning rubber boots and wading off into basin.

After forgiving the summer for the effects of its particularly warm weather, I began to embrace the mud with childlike stomps and to admire the lush green of the shallows, whose swathes of algae opened and closed in our wakes. However, it soon dawned on me that this was not the paradise I thought it to be. If it wasn’t for the low water level that had allowed me to explore the entire basin, I would never have seen the hundreds and hundreds of discarded items of plastic and other debris that blighted the basin’s banks. Nor would I have come up with the idea of returning the following week to do something about it.

After the receptionist’s initial show of surprise at my offer to rid the basin of rubbish (for free!) I managed to get hold of the site manager’s contact details. A couple of emails and Facebook shout outs later and the whole thing was organised for the following Saturday, which was rather fittingly to be the final open day of the Floating University’s Autumn calendar.

It took five of us a full six hours to fill as many large bin bags to the brim and rid the basin almost completely of rubbish. In case that doesn’t seem like a lot to you, consider that the majority of waste collected consisted of snack wrappers and drinks bottles or things of equivalent size. The difference our efforts made to the landscape was remarkable. It just goes to show how accustomed to plastic litter we are, when we only realise its ubiquitousness in the absence of it.


It was a really satisfying to organise and participate in my first plastic clean up. I am crossing my fingers that the Floating University will be able to gain the funding it needs to reopen its planked walkways in 2019, so that the space can provide yet more enjoyment to the public, if not least the abundant wildlife that resides there. Moreover, I hope that you might be inspired by this post to take ownership of local park, beach and green space restoration.


Get Involved In Solving The Plastic Problem


If you are based in Berlin and would like to help to tackle the plastic pollution problem at our next clean up, we would be delighted to hear from you. If you are looking for ways to cut down your reliance on plastic, check out our article on reducing plastic waste, coming soon.